Various styles of retaining brick walling are shown below in photos of our previous works. These photos will hopefully help you plan projects for yourself.

Each retaining brick wall will be unique as every garden is different! In Sussex many of the walls are created with the local FLB stock bricks. Stone walls aren’t so popular.

This wall was completed by Peter on a project in Hurstpierpoint 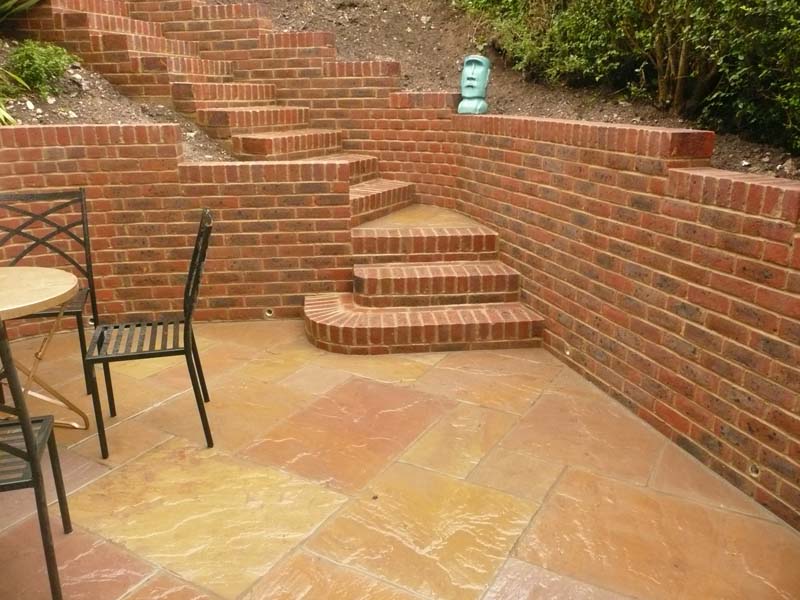 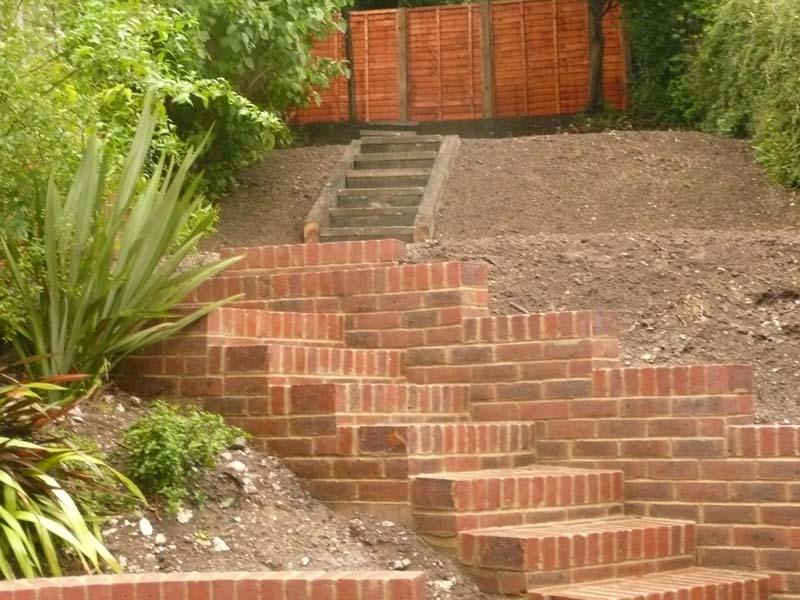 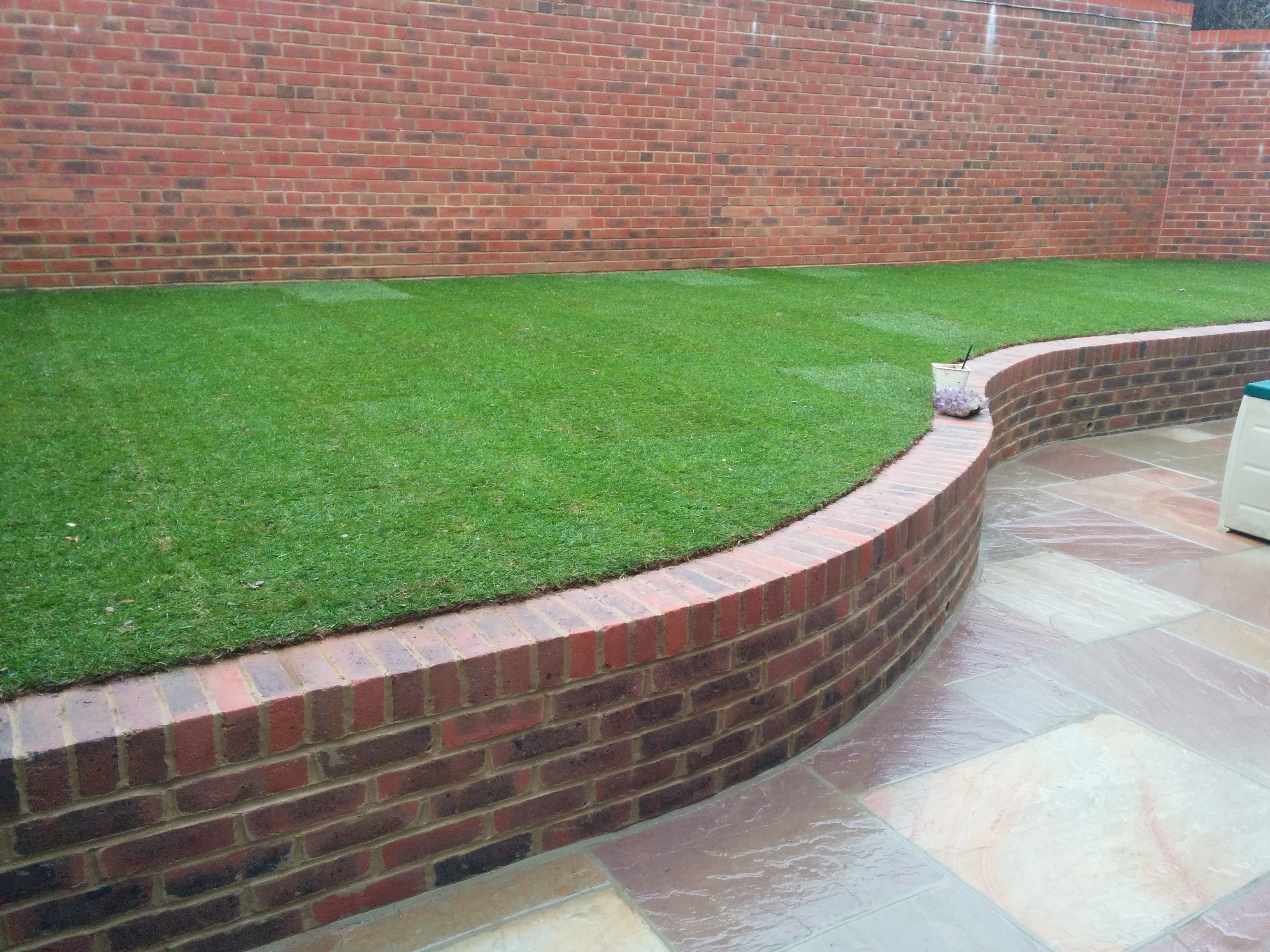 A large paving and walling project completed in Brighton in 2014 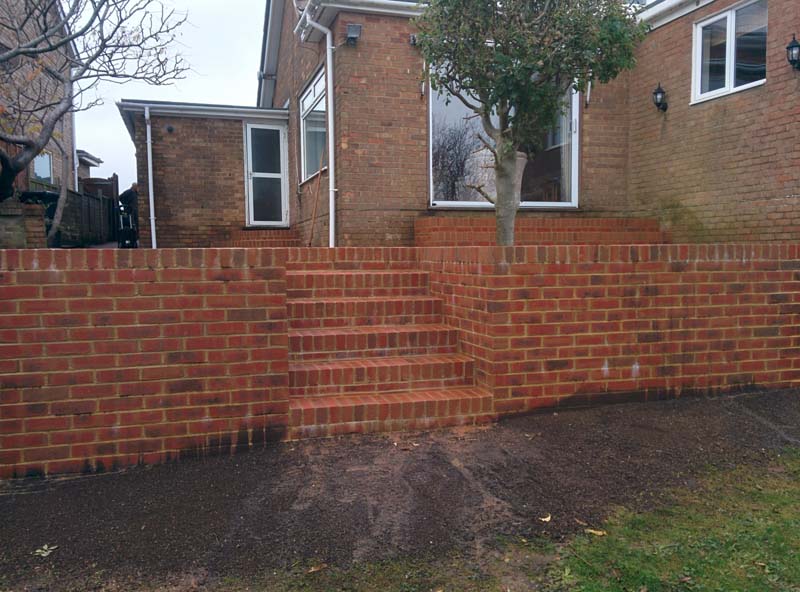 Below was considerable walling and major steps completed in Maresfield 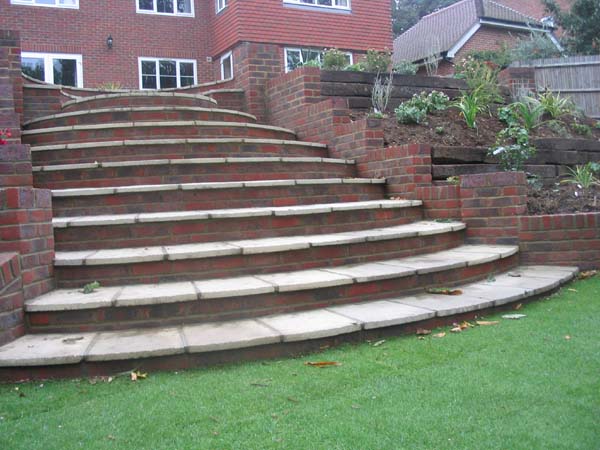 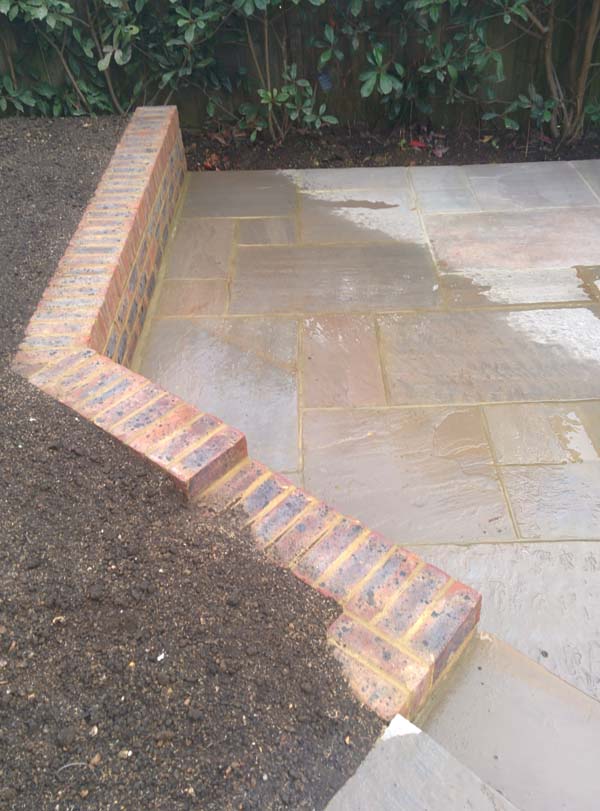 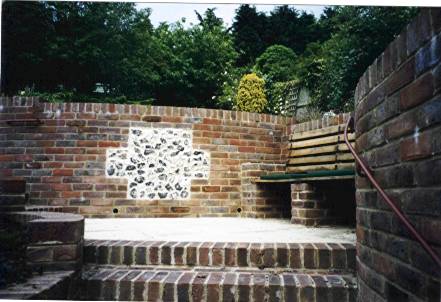 The wall below was completed in Ovingdean, central flintwork infill. 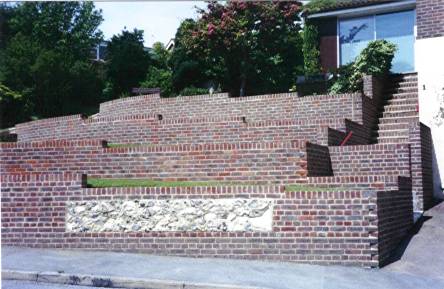 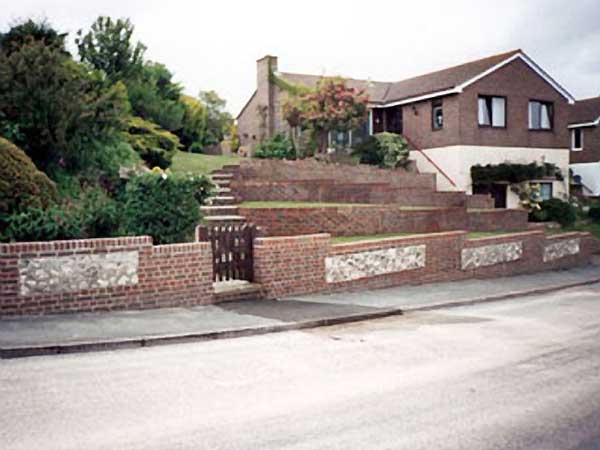 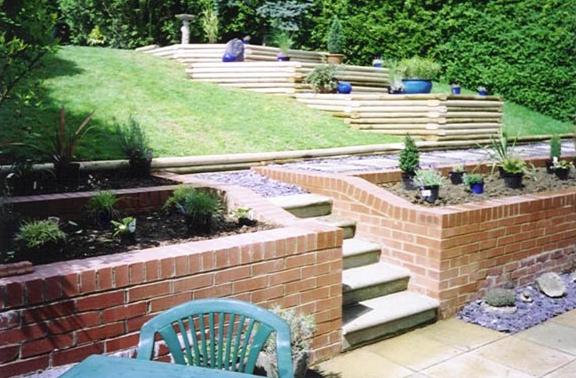 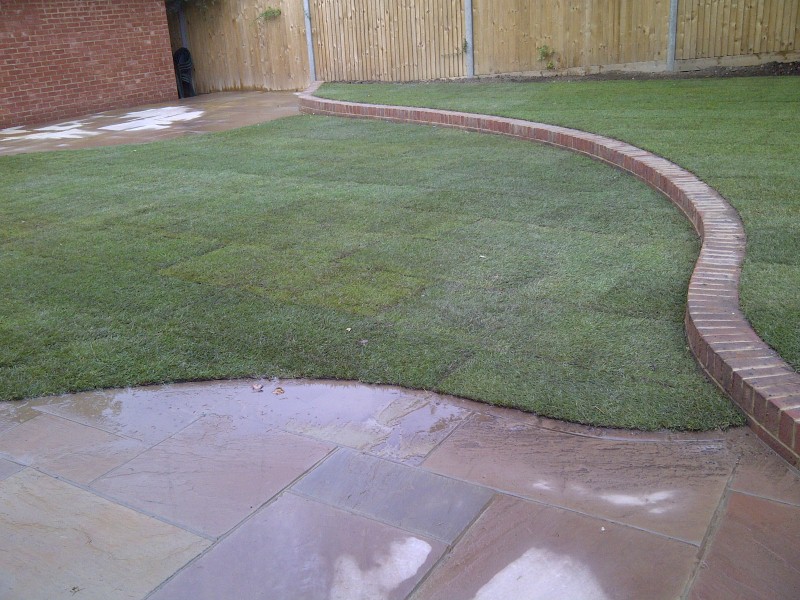 Pillars in brick for the rose arch plus raised beds 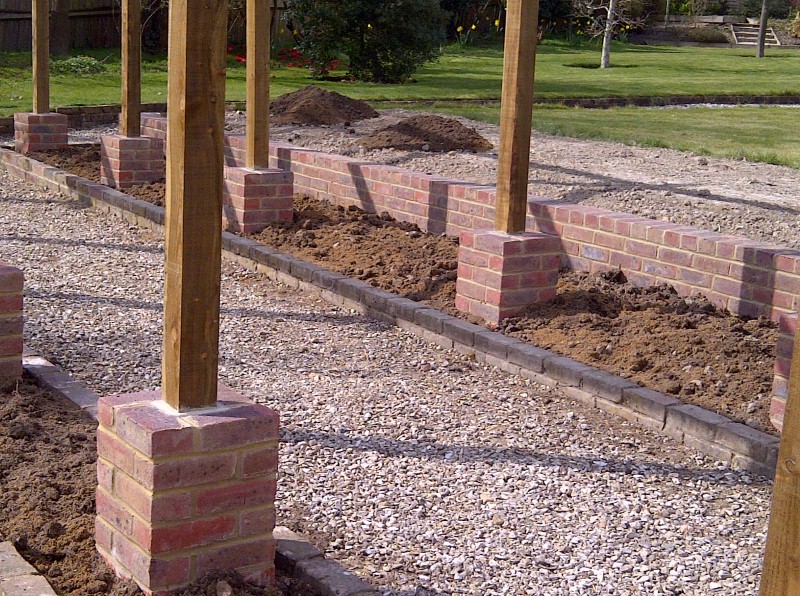 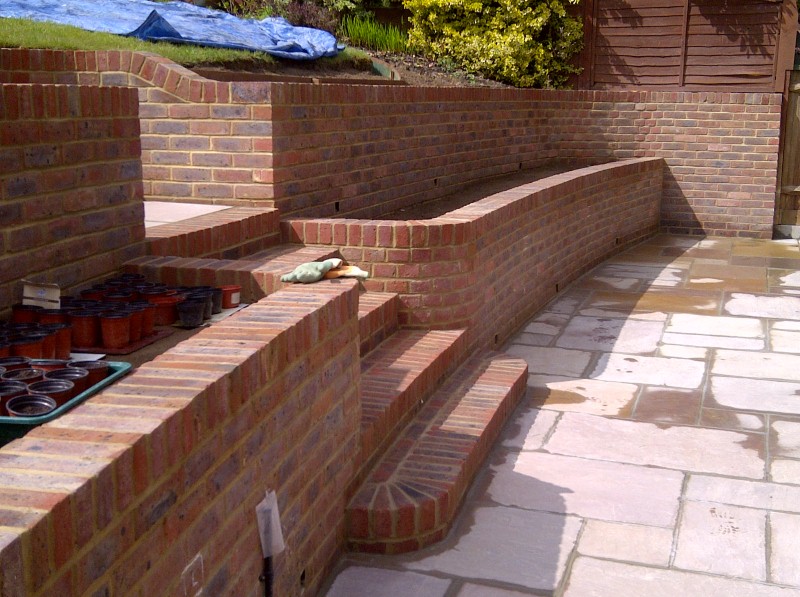 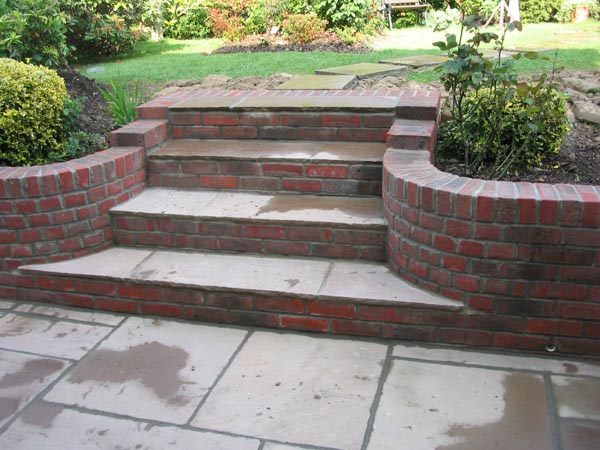 Below shows a random stone wall. We used to complete a lot of stonework! Not so much recently! 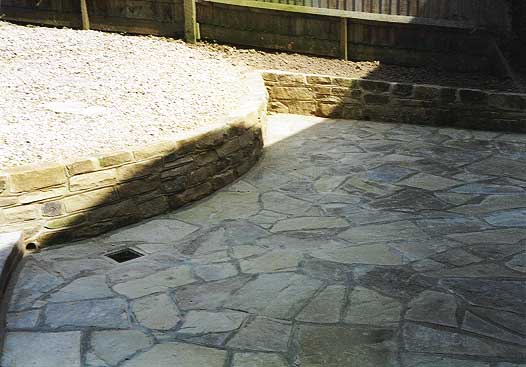 A mix of sleepers and brickwork in Brighton 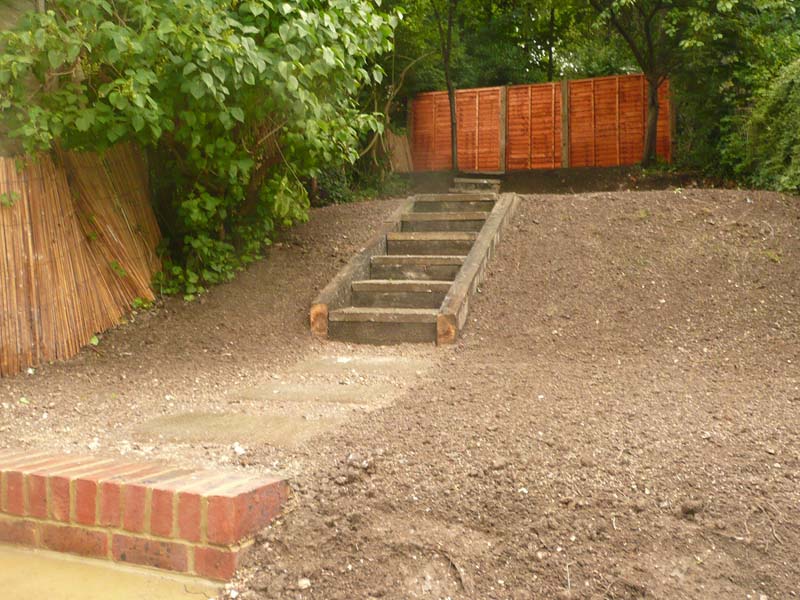 Below a very colourful mixed wall for Ditchling. The customer wanted everything in the wall! 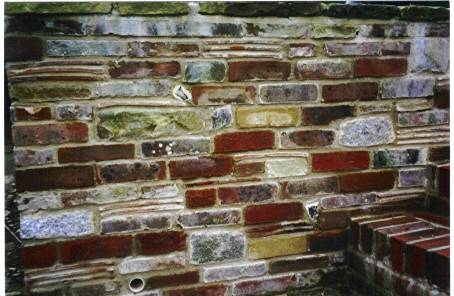